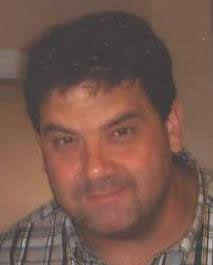 LOWELL ALEXANDER (Music and Lyrics).  In the last 20 years, Lowell Alexander has served as a staff songwriter for Sony ATV Tree Publishing, EMI and Acuff Rose music publishing. He has had over 400 songs published. These songs have appeared in secular and liturgical print, animated film, on the live stage and television as well as on dozens of recordings by artists which include Art Garfunkel, Amy Grant, Glen Campbell, Point Of Grace, The London Philharmonic, Sandi Patty, Donny Osmond, Steve Green, Selah, and 4-Him.

He has had 10 number one songs and over 40 radio singles in his 20 years as a professional. Lowell has served both as an ASCAP representative and an independent speaker, teaching in universities and at seminars nationwide the art and intricacies of the commercial music field.

Lowell is a long-time voting member of The National Academy of Recording Arts and Sciences (Grammy) and a member of The American Society Of Composers, Authors and Publishers (ASCAP). He holds a Bachelor of Arts degree from Georgia State University and resides in Nashville, Tennessee.