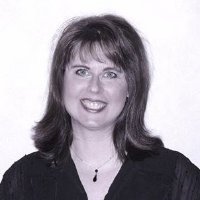 Having gained as her mentors several accomplished composers such as Joseph Martin, Robert Sterling, Ed Kee, J. Paul Williams, Joel Raney, John Parker, to name a few, Cindy’s music and lyrics have been published with a wide variety of sacred choral music publishers.    Some of her works have even gained Editor’s Choice with JWPepper, one of the largest music retailers in the United States.

As a songwriter, Cindy reflects her walk of faith in her Lord and Savior, Jesus Christ through the songs she writes. In addition to writing for church adult choirs, she is also gifted in writing children’s music. She attributes this talent from having directed the Children’s Choirs of Hales Corners Lutheran Church in Wisconsin for over ten years.

Cindy has sung with and held leadership roles in the Great Lakes Opera under the direction of Charles and Joanne Pruitt Koehn.  She also had the pleasure of performing at New York’s Carnegie Hall in Celebration of Shawnee Press’s 70th Anniversary directed by Timothy Seelig, Greg Gilpin, Mark Hayes, and Joseph Martin.

Cindy is a member of ASCAP and currently serves as a backup adult choir director for Faith Community Church, Franklin, Wisconsin. She has sung and sings in church and community choirs and performs solos often at area churches.   She is employed at Hal Leonard Corporation where she enjoys being a Manager of Piano Workshops and an Account Manager for Christian Markets.

She is married to Paul and has a son, Andy.  As a family, they enjoy activities such as playing board games together, going bicycling, entertaining others, taking fun vacations, participating in church activities, and playing with their dog, Caramel, a Cavalier King Charles/Cocker Spaniel mix.  Above all, they love their Lord and are growing in His grace.